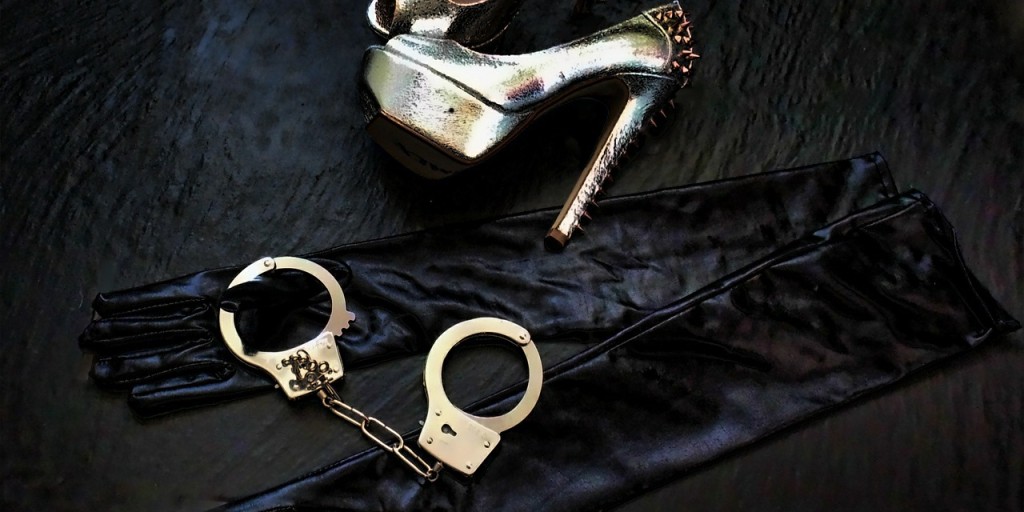 People have been exploring what they like for as long as they’ve been having sex. Kinky sex is one way of doing that. And its not scary, weird, or intense…unless that’s what you like.

Kinky sex just means having a sense of playfulness.

It means you’re willing to experiment and explore new things. Kinky sex refers to any sex that isn’t “normal.” Since normal is different for everyone, let’s say anything we don’t see in the average sex scene of a movie. So…

That leaves a whole lot of other sexy stuff including things you probably enjoy. If you’ve been spanked, enjoyed a booty massage, role played, or sat on your partner’s face for oral sex (the Lady Godiva position FYI), you’ve had kinky sex.

For hundreds of kinky sex ideas, check out Kinkly’s list.

There’s nothing wrong with you if you like kinky sex.

There’s lots of negative ideas about kinky sex. In fact, some fetishes are still listed in the Diagnostic and Statistical Manual of Mental Disorders alongside medical issues like eating disorders and schizophrenia. Does this mean there’s something wrong with people who enjoy kinky sex? Absolutely not! In fact, research shows just the opposite:

Kinky sex is good for you.

You read that right. As compared to people who call themselves vanilla, people who say they’re kinky tend to be.

There’s also the fact that much–but not all–BDSM involves teasing or withholding pleasure. This builds anticipation for you and your partner(s). As Gretchen Rubin describes in The Happiness Project, anticipation of something you’re excited about boosts happiness. And you’re probably pretty excited about sex, pleasure, and orgasm.

You can enjoy the benefits of kinky sex if you’re vanilla.

Not into anything I’ve mentioned so far but still want to have a happier, more intimate relationship? No problem. Try new things with that challenge you and your partner.

If you love to cook or bake, try a recipe that intimidates you (for me that’s anything with yeast!). Bored with your closet? Take a #stylechallenge on Instagram. Want to feel closer to your sweetie? Read up on one of their hobbies, even if it bores you.

The goal is to talk about what you want, what you’re comfortable with, and then try it out! It can be sexual (here are three great ideas) but it doesn’t have to be.

In fact, no one kind of sex is better than any other kind. Really it’s about having whatever kind of sex brings you pleasure. Exploring kinky sex is one way to do that, with lots of extra benefits for you, your significant other, your sex life, and your relationship.