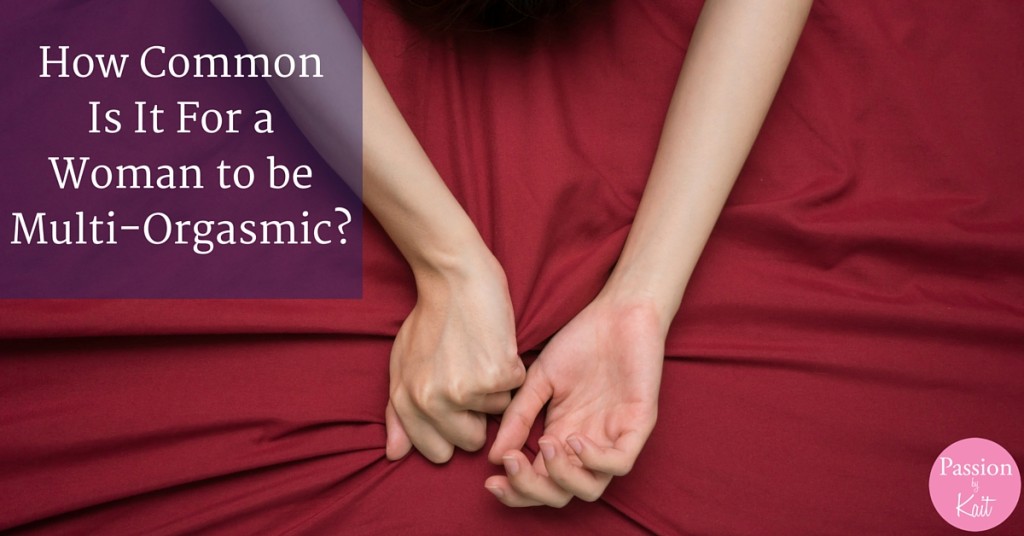 If there’s one thing everyone agrees on: orgasms rock! But if you listen to the media, you might think that people with vulvas never have them. Thankfully, Laura’s* question about being multi-orgasmic proves that wrong:

How common is it for a woman to have multiple orgasms? I often hear women have trouble reaching climax, but I sometimes can have a few orgasms in a short period of time. Is this very rare or just not widely spoken about?

For some it’s having more than one in a short period of time. For others it’s a one right after the other, creating what feels like a never-ending climax with dips and peaks. That being said, here’s what we know from research:

Why the big range? Sex research is notoriously difficult. Like with any survey, the folks who respond usually fall into one of two categories: they’re “good” at the survey topic and want to share or they struggle with it and hope for guidance.

Survey participants also tend to choose whichever answers they think the surveyors want them to choose. It’s worth noting, this is a subconscious process – aka they aren’t actively thinking, “Hmmm…what would the makers of this survey want me to put?” Our brains just do it!

When you mix in the taboo of talking about sex, all of these factors get heightened.

In theory, anyone can have multiple orgasms.

It isn’t an innate ability or something only people with vulvas can do (see: The Multi-Orgasmic Man). It is easier for some people, like Laura, and harder for others. But based on everything I’ve read and know about the human body and orgasm, it is possible.

In reality, lots of factors impact your ability to climax.

Plus, some folks simply don’t care about being multi-orgasmic. It’s just not important.

Read more: Do this for your best orgasm

The orgasm gap exists…but it might not be as bad as you think.

The other part of Laura’s question has to do with women who struggle to orgasm. Yes there’s an orgasm gap and yes, some women have trouble reaching climax.

Here’s what we know, in heterosexual relationships, women orgasm less frequently than men. We also know that the majority of people with vulvas need something besides vaginal penetration. This tells you that they aren’t getting the type of stimulation they need. It doesn’t mean that women can’t orgasm or even that most of them struggle with it!

There’s also the fact that many people expect orgasms to be mind-blowing all the time. But really, orgasms exist on a spectrum, from whisper-quiet to explosive.

I get why you might. Maybe you even ask yourself, “Who am I to have multiple orgasms when Susie can’t even have one?!”

That type of thinking doesn’t help anyone. It doesn’t help Susie have more orgasms and you may end up c*nt-blocking yourself!

Instead, send some extra thanks up to god, the Universe, or whatever higher power you believe in…and get back to enjoying all the juicy benefits of orgasm (like happiness, better skin, and so much more). And then send Susie (and/or her partner) this article so she can start enjoying them as well. 😉

Want to learn all about orgasms, including and how to climax more easily, quickly, and strongly?

Click here for info + tickets to my upcoming orgasm workshop (and more)!

*Names have been changed for anonymity.

10 thoughts on “How Common Is It For a Woman to be Multi-Orgasmic?”